When to Have the Inheritance Talk with Your Kids

Have you discussed inheritance with your heirs? Here's why you should and some tips for doing it.

For most affluent baby boomers, crafting an estate plan is already on the to-do list (or already done). Equally important is the task of discussing that plan with one’s heirs. Too often, however, this becomes less of a priority.

“Money and death are two of the more emotional things that people don’t want to talk about,” says Howard Hook, a fee-only certified financial planner, CPA, and Chartered Advisor in Philanthropy with EKS Associates in Princeton, N.J. “But this is a conversation that’s important for families to have.”

According to the 2021 Senior Living Estate Planning Report, “the total value of estates and inheritances is rising. Since 1989, average values have doubled, and the upward trend may continue: Over the next three decades, American retirees expect to transfer more than $36 trillion in wealth to their families, friends, charitable organizations, and other beneficiaries.” According to the study, about one-third of inheritances were between $50,000 and $250,000.

Other sources, including Forbes, PNC, CNBC, and the New York Times cite different numbers ranging from $15 trillion up to $68 trillion. Regardless of which number is the most accurate, one thing is clear: a great wealth transfer is on the horizon.

Having ‘the talk’ about a pending inheritance accomplishes a few important things:

Here are some tips on how to have the conversation.

Unless you have health issues and think your days are numbered, “Wait until the children have started to save and have established themselves financially,” says Scott Michalek, a senior financial advisor with Wescott Financial Advisory Group in Philadelphia. “You don’t want to put a thought in their mind that they don’t need to be responsible because mom and dad are going to take care of them.” “Does work ethic fade with inheritance?” is a highly debated question.

Life events such as purchasing a house or the birth of a child might serve as a good opportunity to discuss your plans and how they may affect your children’s financial lives. Nearly two-thirds of parents and their adult children disagree as to when to discuss key financial topics like estate planning, a recent Fidelity survey found. Parents want to wait until after retirement to have such conversations, while their children would like to have them before their parents retire or have health issues.

Be Conservative When Planning an Inheritance

Before you sit down with your children, visit a financial planner to run through the numbers to make sure you have an accurate sense of what your estate looks like and how you plan to distribute it. Make your assumptions as conservative as possible. “Cover all your assets first, then exaggerate your expenses, and plan for long-term care,” says Anna Behnam, a certified financial planner with Ameriprise in Rockville, Md. “Then see what’s left after that.”

No one will complain if you end up passing along more money than expected, but you don’t want to promise to help cover your grandkids’ college costs or your kids’ vacation home if you may not be able to do so. If you’re worried that you may run out of money and need financial assistance from your kids, you should also let them know for planning purposes.

Be vague on numbers but clear on reasons
Just because you’ve run the numbers doesn’t mean that you have to give a specific dollar amount to your children. However, give them a ballpark idea of what they might be able to expect. This will help them with their own financial planning. Adult children underestimate the value of their parents’ estate by more than $300,000, the Fidelity survey found.

Here is a great article you can share with your heirs to help them plan: Don’t Rush Inheritance Decisions.

Even if you’ve spelled out your wishes in a will, discussing them with your children will help clarify them and be in a better position to carry them out. This may mean less confusion (and hopefully less litigiousness) during the emotional time after you pass away. This is particularly important if you’re leaving disproportionate amounts to siblings or stepchildren.

It’s important to hear any potential concerns your heirs have. In some cases, planners say, such conversations lead to a change in plans. For example, parents may decide to give their children money now for a big life expense such as purchasing a home or paying for school, rather than leaving it behind in an estate. This year (2021), you can give up to $15,000 to as many individuals as you like without having to file a gift tax return. Anything above $15,000 requires a gift tax return be completed and may (or may not) be taxable. This is determined by whether you have made sizeable gifts that exceeded the annual gift exclusion in the past. Your financial planner can help you determine this.

Once you’ve opened the dialogue, you don’t have to have the whole conversation at once. “It helps to have a conversation over a longer period of time, and make sure that those children understand—in a more explicit way—what your expectations are,” says Chris McDermott, chief operating officer with Fidelity Private Wealth Management Group.

The original version of this article first appeared in The Fiscal Times and The Week in 2014. Since inheritance is still a relevant issue and one that must be planned for, we have updated the article to reflect recent statistics and regulations in 2021.

How to Help Your Child Buy a Home

Homeownership is part of the American Dream. As prices increase, many young people seek help from their parents. Here are four ways you can help your child buy a home. 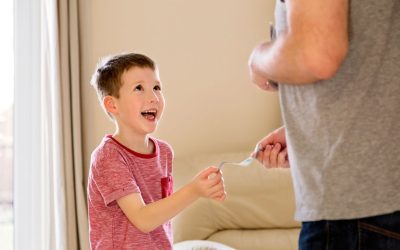 Whether to give kids an allowance is a hot topic among parents. Read what the experts say about when to give an allowance, how much to give, and how they should earn it. 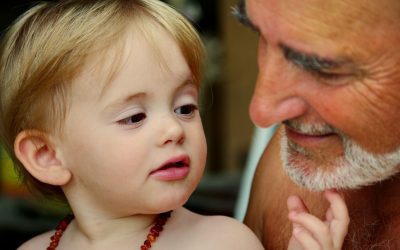 Baby boomers expect to transfer $30 trillion to their heirs over the next several decades. Read these tips to ensure you manage your inheritance properly.