What You Need to Know About SECURE Act 2.0

Once again, changes are coming to retirement accounts. The Secure Act 2.0 contains many changes, some of which are still being fleshed out. Here's what we know so far.

Once again, changes are coming to retirement accounts beginning in 2023.

On December 27, the Congressional Appropriations Act of 2023 was signed into law by President Biden. Appropriation bills are typically procedural, designed to authorize the government to spend the money budgeted by Congress. A simple majority is needed in both houses of Congress to send an appropriations bill to the President’s desk. Because of this, other pieces of legislation are often tacked on to the appropriations bill to make it easier to pass.

One such piece of legislation, dubbed the SECURE Act 2.0, was tacked on to this bill and now has become law.

On balance, the changes will be good for retirees and pre-retirees. It is important to understand that many of the changes included in the bill will need to be further fleshed out by the Treasury Department and the Internal Revenue Service (IRS).

There is a lot to unpack with Secure 2.0. The agencies tasked with implementing these changes (the Treasury Department and the IRS), as well as advisors, tax preparers, tax attorneys, and actuaries, must get up to speed to begin implementing the changes.

Here are some of the more significant changes you need to know.

Before the new law, owners of retirement plans (e.g., IRA, 401(k), 403(b), etc.), upon reaching age 72, were required to begin taking minimum distributions from these accounts (with one exception). The new law changes the age to 73 for retirement plan owners born after 1950 and before 1960. For plan owners born after 1959, the age increases to 75.

This change continues the trend of increasing the age at which distributions must be taken. The original Secure Act, passed at the end of 2019, increased the age from 70½ to 72.

The increase in age will give retirees an extra year of tax deferral if they do not need the money. Having one extra year, or three extra years of deferral for those born after 1960, provides greater flexibility in managing tax brackets leading up to the age at which RMDs are required.

Congress continues to change the way people can use 529 plans. Originally intended to be used strictly to fund a college education, 529 plans can now be used to pay for trade school expenses, pre-k through high school tuition (up to $10,000 per year), and student loan payments (up to a $10,000 lifetime limit).

The latest change made by Secure 2.0 allows a portion of any unused 529 plan balance to be rolled over to a Roth IRA for the benefit of the 529 plan beneficiary.

Beginning in 2024, the new rule allows a 529 plan beneficiary to roll over up to $35,000 during their lifetime from any 529 account in their name to a Roth IRA in their name. There are limitations, however.

In addition, the beneficiary cannot roll over any money from their 529 plan into a Roth IRA unless the account has existed for at least 15 years. It is not clear just yet whether changing beneficiaries will restart that 15-year clock, but it would seem likely to be the case.

So, for whom is this appropriate? If you have monies remaining in your 529 plan even after your beneficiary has graduated, you could, subject to the timeframes mentioned above, roll a portion of the balance to a Roth IRA for that beneficiary. Since Roth IRA contributions contain income limits, this could be a clever way to get funds into a Roth IRA, even for beneficiaries who otherwise would not be eligible to contribute to a Roth IRA.

We recommend speaking with a financial planner to help you evaluate this strategy against another option. Compare the benefits of this strategy to one where you leave the funds in place and change the beneficiary to a grandchild (or great-grandchild) to help create a legacy for the account owner.

It is hard to believe that Qualified Charitable Distributions (QCD) have been part of the tax code since 2006. That is because they have only recently been more heavily utilized after the 2018 Tax Cuts and Jobs Act severely limited itemized deductions by increasing the standard deduction amount.

For taxpayers over age 70½ who no longer itemize their deductions, making gifts to charity via a QCD resulted in a better tax outcome than taking a distribution from their IRA and then sending a separate check to the charity of their choice.

Before Secure 2.0, QCDs could only be made to charities if 100% of the amount was directed to the charity. In other words, split-interest gifts to a Charitable Trust or Charitable Gift Annuity were not allowed.

The new law allows a one-time exception to this rule, beginning in 2023. A one-time exception is allowed to fund up to $50,000 to a Charitable Trust or Gift Annuity. The Charitable Trust can only benefit the plan owner and spouse and can only contain monies contributed through QCDs. Given the expense of setting up these types of trusts, it is not likely most people will take advantage of this change.

Setting up a Charitable Gift Annuity is not expensive, but the small maximum amount won’t result in much interest.

It is interesting to note the changes that did not make it into the new law. There had been hope that the $100,000 maximum would be increased to $200,000 and that QCDs could be made to Donor Advised Funds. Neither of those made it into the current law.

Currently, retirement plan owners may make catch-up contributions to their IRA accounts up to $1,000 beginning in the year they turn age 50. This amount has stayed at $1,000 since 2006 since no provision was written into the law to index it to inflation.

The new law will index this amount for inflation beginning in 2024. Interestingly, the catch-up contributions for 401(k) and 403(b) plans have always been indexed for inflation.

An interesting thing to note is that, once again, Congress is excluding IRAs from this additional catch-up.

Matching Contributions to Roth 401(k) and 403(b) Accounts

The interesting part of this change is that beginning in 2024, employers would be required to make the match for certain high-income employees to the Roth 401(k) plan, thus removing the employee’s ability to choose for themselves. There is quite a bit of ambiguity surrounding this section of the Act, so more guidance will be needed to better understand how this applies.

This change in the law should assist young people with saving for retirement at the same time they are paying down their student loans. This is a nod towards the adage that the earlier you start to save for retirement, the better off you will be.

Reduction in the Penalty for Failure to Take RMD

The penalty for failing to take an RMD from your retirement account is 50% of the amount that should have been taken. This penalty is quite onerous. Beginning in 2023, the penalty is reduced to 25%, and if the failure is corrected within a certain period, the penalty is further reduced to 10%.

The time frame for correcting the failure begins January 1 of the year following the missed RMD and ends the earlier of:

A likely outcome that may not be evident until many years from now is that many more new Roth accounts will be opened, providing tax-free income to those account holders at retirement. The government will receive a tax windfall from the taxation of matching Roth contributions and sacrifice more significant tax revenue in the future due to the tax-free nature of Roth accounts.

For taxpayers, this third bucket of money will be tax-free (compared to tax-deferred and taxable) and provide greater flexibility during retirement.

We continue to analyze these changes and will update you as the law is interpreted and implemented.

As always, please feel free to reach out to your advisor to see how the changes will impact your situation.

*This article has been updated for accuracy. 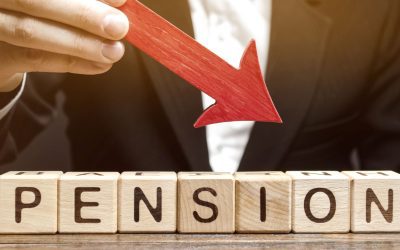 If you’re lucky enough to have a pension, you have some decisions to make. Will you take monthly payments or a lump sum? If the latter, when to take it is crucial to maintaining its value. 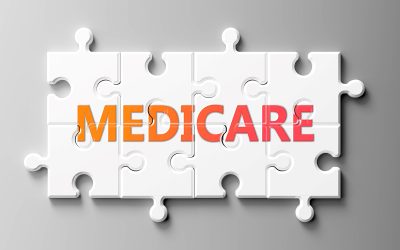 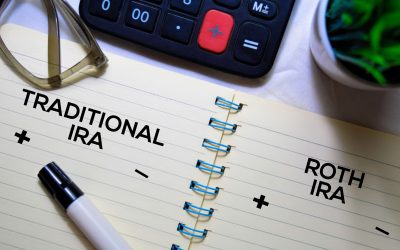 Why Now May be a Good Time for Roth IRA Conversions

Making a Roth IRA Conversion can benefit you in many ways. A downmarket could present a unique opportunity for a Roth IRA conversion, depending upon your situation.