A New Tool to Save Money on Prescriptions: Your Pharmacist

The cost of prescription drugs continues to rise at a faster rate than overall inflation, especially for seniors. Now, consumers have a new weapon to control some of that cost: the right to ask your pharmacist for help.

The cost of prescription drugs continues to rise at a faster rate than overall inflation, especially for seniors. Now, consumers have a new weapon to control some of that cost: the right to ask your pharmacist for help.

For years there has been a “gag order” in effect that prohibits your pharmacist from telling you how to save money by paying the store’s lower cash price in some instances, instead of the price mandated by Medicare or a private insurer. That applied to pharmacists at big chains, such as CVS and Walgreens, as well as pharmacists at mom-and-pop drug stores.

But now that ban has been lifted. By a nearly unanimous vote, Congress passed – and President Trump signed – a bill lifting that ban, which had been put in place because of lobbying from the pharmaceutical companies, insurers and pharmacy benefit managers (PBMs). Previously, your pharmacist was bound by the terms of a patient’s insurance and the PBM’s rules, which often prohibited conversations about pricing.

About 25 percent of consumers making co-payments on their drug purchases were overcharged, according to a March article in the Journal of the American Medical Association. The analysis showed that people using Medicare Part D overpaid by $135 million in 2013, because their co-payments were higher than the cash price they could have paid for certain prescription medications.

What Your Pharmacist Can (and Cannot Say)

The lifting of the gag order takes place in two parts. Effective immediately, pharmacists can proactively give cost-saving advice to consumers using private insurance plans. However, the rule for Medicare beneficiaries does not go into effect until January 1, 2020. Despite the later date, pharmacists can now answer your questions about the most cost-efficient way to make your drug purchases. So, if you are on Medicare, it’s up to you to initiate a conversation with your pharmacist to get the best price.

Specifically, here is what you want to ask: “Can I get a better price for this drug if I pay by cash instead of using my insurance plan?” Of course, paying cash outside of your coverage plan only produces savings on certain medications. Savings are most likely to be found on drugs for blood pressure, cholesterol, blood thinners, prescription doses of ibuprofen and other older drugs that have generic versions. It may also work with some newer, very expensive drugs.

Some Good News for Medicare Subscribers

If you’re on Medicare, there is also good news on another front: your cost for drugs once you enter the so-called “donut hole” is going down. This donut hole has been slowly closing since the Affordable Care Act was passed in 2010, and it’s set to narrow even more in 2019 and 2020. In 2018, that coverage gap began after spending $3,750 (and ended after spending $5,000). In 2019, you won’t enter the donut hole until you’ve spent $3,820 and you’ll exit after spending $5,100. Beneficiaries who fall into the coverage gap were responsible to pay for 44 percent of the cost of generic drugs in 2018. That has dropped to 37 percent in 2019 and further drops to 25 percent in 2020. For brand name drugs, beneficiaries paid 35 percent of the cost in 2018, and that shrinks to 25 percent in 2019 — and some Part D providers may offer even greater savings.

While negotiating cheaper prices on your drugs directly with your pharmacist can save hundreds or even thousands of dollars, it is not the silver bullet solution to our nation’s rampant spending on prescriptions. A recent study in Health Affairs shows that Americans spent about $1,000 per person on prescription medications in 2015 — far more than consumers in any other nation. That’s the most recent data available, but it’s likely that our spending has only increased since then. Right now, Medicare and the Department of Health and Human Services (HHS) are explicitly prohibited from negotiating directly with drug makers to get the best price for people enrolled in Medicare Part D. However, there is likely to be an effort in the next Congress to upend that ban and allow HHS to negotiate for lower prices on a broad scale. That’s far from a sure thing; but stay tuned for details. 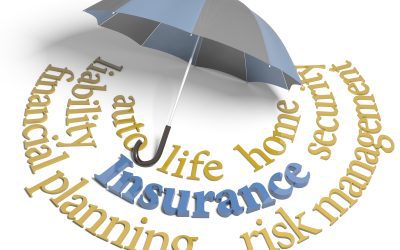 Accidents happen. That’s a fact of life. One of the most important parts of a financial plan is ensuring the... 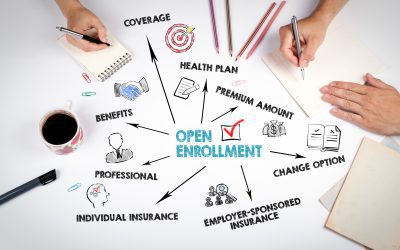 If you are not enrolled in an employer-sponsored health plan, you have until December 15 to get coverage for you and your family.

The annual Medicare Open Enrollment Period is about to begin. This is the time to make changes to your plan. Here’s what you need to know.