Donating mutual funds and appreciated stock may be a better strategy than donating cash. But timing is everything. Here's why.

One of the best ways to give to charity is to donate securities like stocks or bonds that have appreciated since you bought them. In addition to getting a tax deduction for the donation, you will not have to pay any income tax on the amount given — even though the market value is greater than the cost of when you purchased the investment. Given that we have been in a bull market for the last decade, this can be quite a tax savings.

You wish to donate $10,000 to your local church. The problem is you don’t have $10,000 in your checking or savings account to do this. You do, however, own some Apple stock that you bought five years ago, which you paid $100 a share for and is now worth $250/ per share.

It’s important to note that this assumes you can itemize your deductions and that you live in a state that allows state tax deduction for the amount you have given to charity. New Jersey, as an example, does not allow this.

The net effect of the transaction would be a tax savings of $800:

If, however, you had gifted the stock directly to the charity, you would have gotten a better result. There would have been no tax on the transfer of the stock since you did not sell it. The tax saving would be the same as above. So, the net tax savings on directly gifting the stock would be $2,000, or 2 ½ times greater.

One caveat to the above is that to be able to deduct the fair market value of the stock donated, you must have owned the shares you gift for one year or more. Otherwise, the deduction is for your cost, which in the case above would have been only $4,000. The tax savings would have only been $800. The table below summarizes the three different ways to give:

How to Use Mutual Funds to Increase Your Net Tax Savings

If you own mutual funds, you may be able to increase your tax savings further. The basic structure is the same as donating stock directly to a charity. The additional feature is that if you can identify a mutual fund that has reported it will be distributing capital gains to its shareholders on a certain date, you can reduce or eliminate the tax you would have paid if you had held on to the mutual fund and instead funded your gift some other way. Capital gain distributions typically happen at the end of the year, beginning in late November and continuing through the end of December, so this is a time-sensitive strategy.

Let’s look at an example:

Once again, you wish to donate $10,000 to your local church. You remember what you were told last year about the value of donating appreciated securities and wish to donate Apple stock, worth $250 per share. You also own 400 shares of a mutual fund which you purchased a few years ago for $25 per share, which is now worth $40 per share. The fund company has declared that all fund shareholders of record on December 10 will be distributed $4 per share in long-term capital gains.

As we saw above, donating the Apple stock directly to the charity would result in a $2,000 tax savings. But what if instead of donating the stock you donated shares of the mutual fund?

If you donated the shares of the mutual fund before December 10, you would not pay tax on the gains the fund was distributing, since you no longer owned the fund as of December 10. The amount of the capital gains avoided would be $1,000 (250 shares @ $4/share). Assuming a 20% federal /state tax rate, the additional savings would be $200.

How and When You Donate Mutual Funds is Important

Of course, most people do not give to charity for the sake of the tax deduction. However, if you are going to give, you should try to give in the most tax-efficient manner possible. Doing so may allow you to give even more money to charity. That’s because most people do not take into consideration the after-tax cost to their giving. When deciding how much they can give, they tend to think of the gross amount.

The actual implementation of the strategies discussed above takes careful planning. Timing, especially when donating shares of a mutual fund expected to pay a capital gain distribution, is particularly important since the shares you give must be transferred out of your account to the charity before the measuring date, known as the record date.

Missing the deadline even by a day can create more tax for you since you will be responsible for the tax on the capital gains distributed. Continuing with the example above, if you gave shares of the mutual fund after December 10, you would owe taxes on the $1,000 capital gain distribution, effectively reducing the value of your tax deduction by $200 instead of enhancing it by $200.

Missing the deadline could also cause the most recent shares purchased to be deemed to have been donated, keeping older lower cost basis shares in your account. This could happen if the default at your brokerage firm is set to “Last in First Out” to determine which shares are sold or, in this case, gifted. Shares held less than one year can only be deducted for what you paid for them.

Despite some of the pitfalls discussed above, gifting appreciated securities and, in particular, mutual fund shares with expected large capital gain distributions is a very tax-efficient way to give more to charity without costing you more. Speak with your financial planner to ensure these strategies are executed properly. 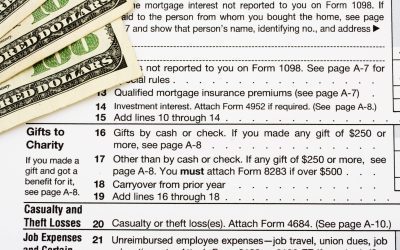 How you report your charitable distributions matters. If you made a QCD from your IRA in 2021, keep reading. 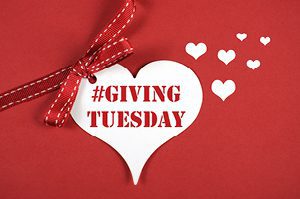 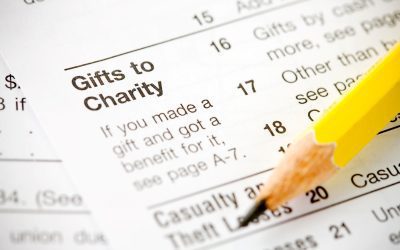 The rules around deducting charitable donations keeps changing. Here’s what you need to know now.